Going Manual With the LG G4 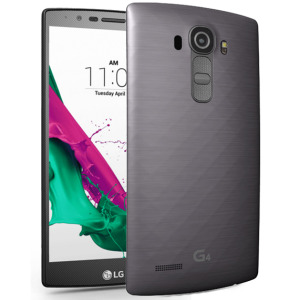 Its a question photographers have been discussing for some time, how long until the phone replaces the DSLR? Let me get to that first, not yet, but the LG G4 takes us significantly closer.

The first thing on the wish list is to be able to shoot RAW and the G4 allows us to do just that. Saving images as both jpeg and Digital Negative (DNG), an open raw file format.

You can see here that these two images, despite being taken at the same time, are very different in size, the DNG file being almost FIVE times as big, thats five times the data, a far broader range of luminance.

The LG G4 has three camera modes; Simple, Auto and Manual. For those wanting a pretty decent point and shoot the first two will do you just fine, but for those of us that have been dreaming of a smartphone camera that we can alter the setting of, Manual is a gift from heaven! 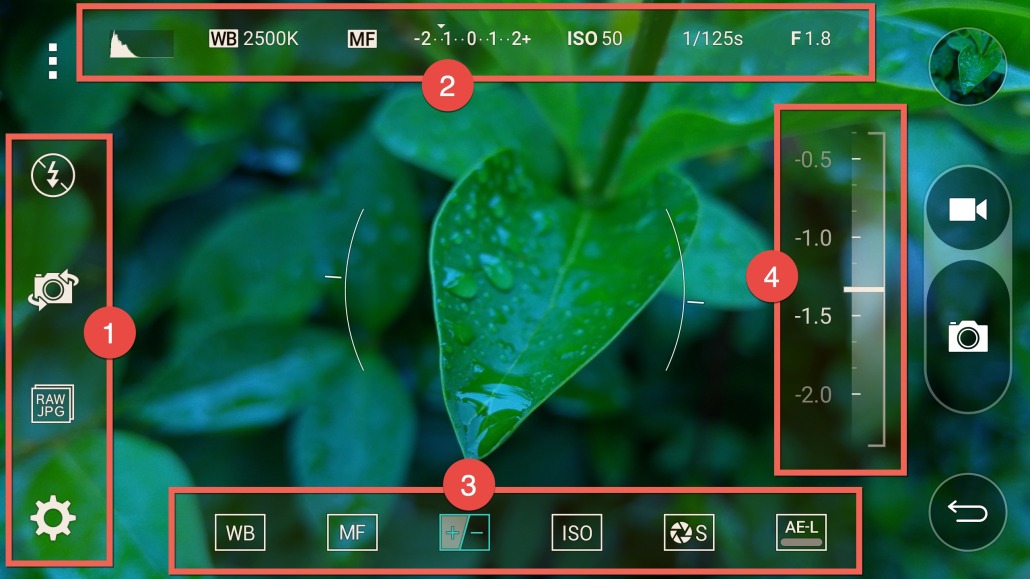 Once in Manual mode a whole host of icons and information is presented to you;

2. This is the currant settings, from left to right; Histogram, White Balance, Focus, Exposure, ISO, Shutter Speed and Aperture.

3. Tapping one of these icons brings up its control (4) In the screenshot above this is setting the Exposure Compensation. 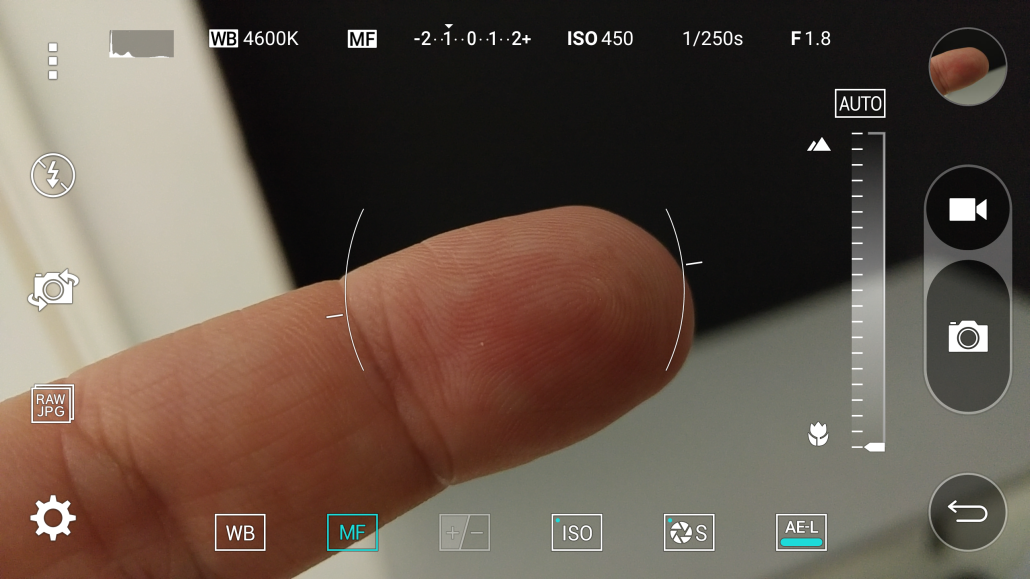 Here you can see the Manual Focus controls that give amazingly sharp images from approximately 5 cm from the lens. 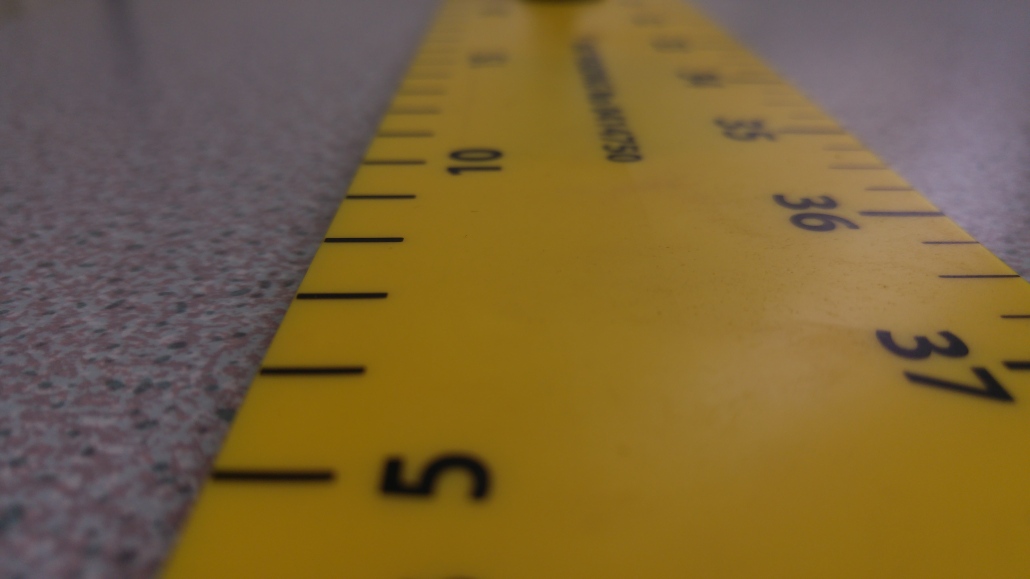 While in Manual Mode Exposure Compensation becomes available, in the image below I’ve used this to prevent Sian from being in silhouette in front of the bright window. 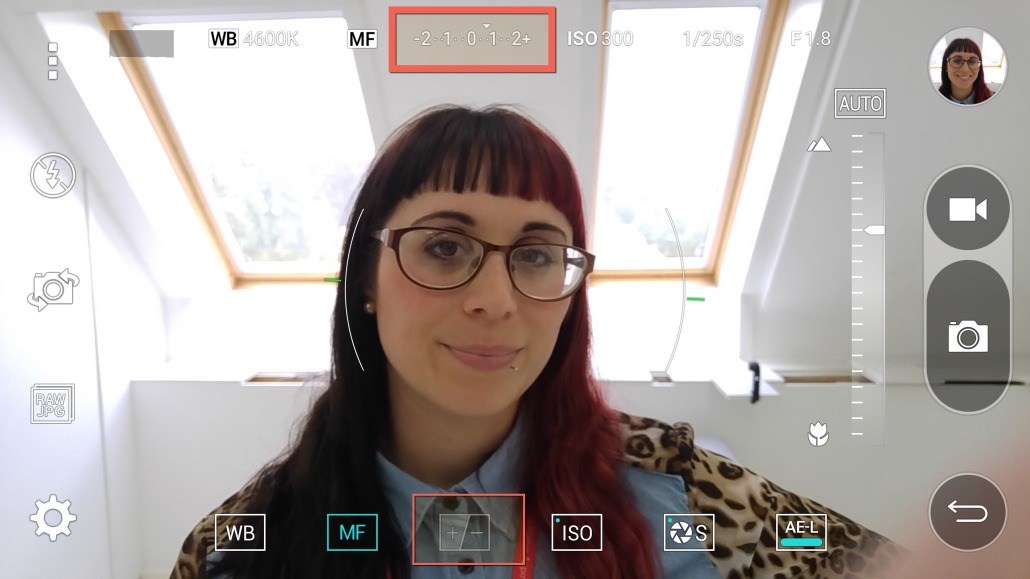 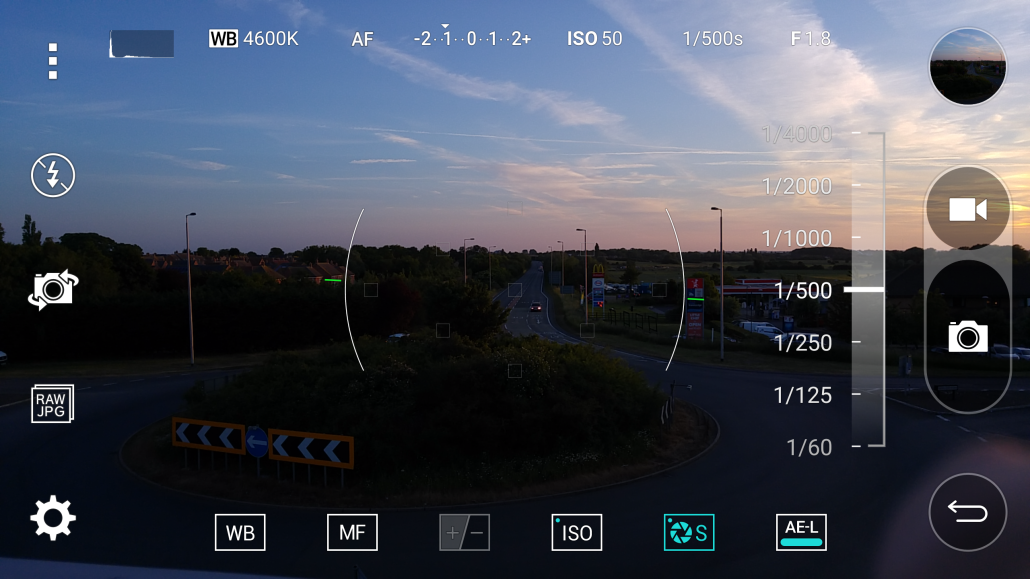 With access to the shutter speed I can shoot at 1/6000 sec to 30 sec. In the following shot I used just a couple of seconds (at 11pm I thought I’d call it a night, but expect long shutter pics to crop up soon!) 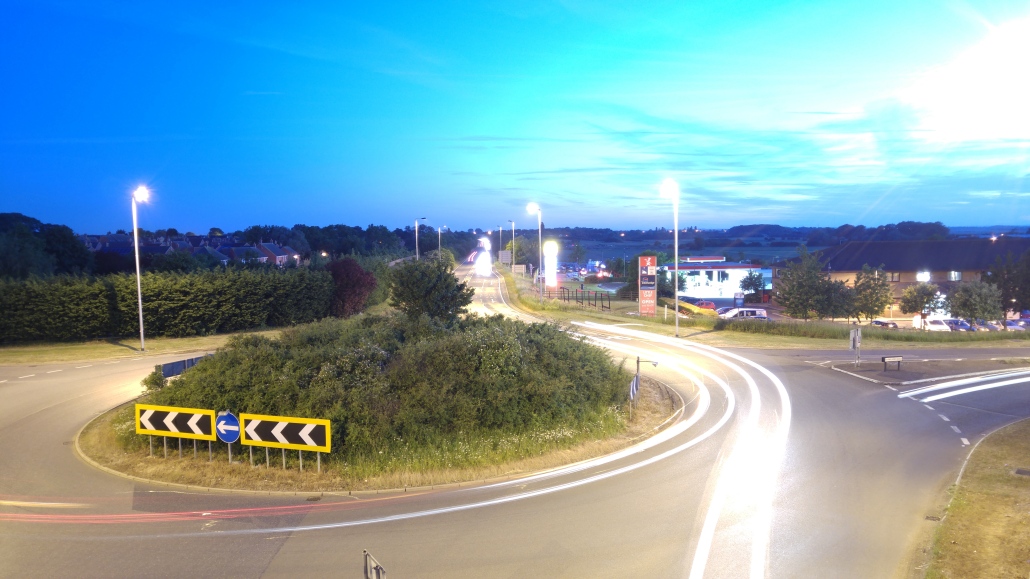 The camera on this phone is good but its great in manual. The control is exceptional and a joy to use. I found that shooting on a sunny day was tricky, the screen is very reflective so i ended up putting a cover over me and the phone,not really progress!

For me, the best smartphone camera I’ve tried yet.

About the author Eric Renno

Eric’s background in video editing with Adobe Premier led to his interest, and then obsession, with Photoshop. Starting TipSquirrel.com as a hobby he is proud to have gathered together and be a part of The Photoshop Nuts. Known as only “TipSquirrel” for two years, Eric ‘went public’ when he was a finalist in The Next Adobe Photoshop Evangelist competition. He’s also been a finalist in Deke’s Techniques Photoshop Challenge. While still taking on some freelance work, Eric has recently become a Lecturer at Peterborough’s Media and Journalism Centre where he enjoys sharing his knowledge as well as learning new skills. This realisation that he loves to teach has made Eric look at altering his career path.